If you need to get help with your FOIA issue, please reach out and one of our attorneys will review your case.

Stillwater Senator Dugger has introduced SB 1272 and SB 1256 designed to allow the government to operate in secrecy and discourage the citizens from accessing public records.

Stillwater Senator Tom Dugger has introduced SB 1272 and SB 1256 that would drastically alter the public’s right to access records from public bodies. The changes are highlighted individually below but the bottom line is this: if his bill becomes law it would effectively end the public’s access to records.

Each year we see proposed changes from legislators across the state, and in recent years they are clearly written with the purpose of shrinking the Open Records Act or the Open Meeting Act. These particular bills are the most offensive we have seen in a long time. It is worth reminding our readers, as well as our legislators, that the records of public bodies are owned by the taxpayers. Elected officials often forget that and instead believe that the records are theirs.

With these proposals, Senator Dugger is trying to turn records into a profit generator for the government. Worse yet, it sets up a system where the government can make the process of obtaining records too expensive for the citizens – effectively ending the public’s access to records.

Here are the bullet points of the changes proposed by Senator Dugger in SB 1272:

Senator Dugger introduced SB 1256 as well. This bill is also directed at the Open Records Act. That bill would do the following:

Now you might be like us here at FOIBible and wonder if Senator Dugger cared enough to fix some common problems that the citizens run into when requesting open records.

For example, maybe he thought to make it law that a government must provide records by email when they are stored in electronic format? This would save the citizens some expenses of copying costs, it would limit exposure to public areas for those who wish to remain home during the COVID era, and it would just generally provide easier access to records for the citizens. He certainly thought about it enough to allow the government to charge a per-page fee for electronic copies, so he required them to provide records that way surely, right? Well, we are not so happy to inform you – nor are we surprised in the least – that Senator Dugger did not include this change.

Another example, maybe he included language to clearly require that jail videos be subject to the Open Records Act? Nope, not that positive change either.

The bottom line is Senator Dugger introduced two bills designed to help the government more easily operate in secrecy. They do not do one single positive thing to advance government transparency. The bills do nothing to help the citizens of this state.

So who is behind this mess?

When we first heard about these bills and read through them, we immediately thought they smelled of the Oklahoma Municipal League. They have in the past been behind legislative agendas that attack the Open Records Act. For example, they were involved with HB 2800 authored by State Representative Ken Luttrell in the 2020 Legislative Session. This was another attack on the Open Records Act, specifically its use by citizens accused of a crime. It ultimately failed.

We know that two major complaints from cities and towns around Oklahoma about the Open Records Act are:
1) They don’t like redacting videos. Notice these bills allow for charging for that now?
2) They don’t like out-of-state companies using the Open Records Act for business purposes. Notice these bills eliminate that option for out-of-state businesses and individuals?

Again this has OML written all over it. As of the time of publishing this post, we cannot confirm or deny that being the case. We just suspect it may be. We have emailed the OML and asked if they have any comments on the two bills and specifically if they were involved in their writing but they have not provided any statement as of yet.

If the OML was involved, as we strongly suspect, we know they were not alone – enter OKC Mayor David Holt.

Oklahoma Press Association Executive Vice President Mark Thomas spoke with Senator Dugger who said Clayton Taylor of the Taylor Group lobbied for the bill on behalf of the City of Oklahoma City. According to their website, Mr. Taylor “serves as the principal of the Taylor Group that he established in 1994. The Taylor Group is a full-service lobbying and consulting firm specializing in Oklahoma business issues.”

From there, the bill’s creation can be traced to OKC Mayor David Holt (a former State Senator who claimed to support government transparency and even won an award from FOI Oklahoma for his alleged work to advance open government. We wonder if he will give that award back now) and the City Council of Oklahoma City. Here is a link to Twitter for more discussion about OKCs involvement in the drafting of this bill.

Yep, looks like that answers the question of asking for the fee increases. @davidfholt voted for it. Disappointing at best. Wonder if OKC proposed the rest of the nonsense in these two bills. Not a good look with a mayoral debate on Jan. 25. https://t.co/4QAVOmCNeF https://t.co/5FrpsHyp3t

If you are a fan of open government and transparency contact your local Representatives and Senators today. Tell them to oppose SB 1256 and SB 1272. If you get a response in writing from them, email it to us here at FOIBible and we will add it to this post.

On January 18, 2022, we called Senator Dugger’s Office to ask him questions about his bills and to give him the fair opportunity to respond. He was not in Oklahoma City at that time and was unavailable for comment. We were transparent in what our position was as litigating attorneys in this field of law and as editors of FOIBible.com. We told his friendly assistant that we were publishing a post on FOIBible that would be critical of his bills and that we were interested in the fairness of him being able to respond to our critique. We left our phone and email address for him to contact us if he chose.

If we hear back from Senator Dugger we will update this blog post accordingly. We will certainly publish what his response is if he has one to share.

Senator Dugger called us and spoke with us about his bills. He was kind and gracious with his time for which we are grateful. He told us that neither bill would be heard and were effectively dead at this point in time. He said there could be studies and research conducted in the future for consideration of possible changes another time but not at this time. Senator Dugger reiterated that he is and has long been a supporter of open government and will continue to be.  He said that the original intent of the bills was to help law enforcement and first responders but too much got added in that would need to be changed and it’s best to scrap them and start new at an appropriate time in the future. Again we thank Senator Dugger for his time in chatting with us here at FOIBible.com.

On January 16, 2022, we reached out to the OML for comment. They acknowledged our request but thus far have not responded otherwise. 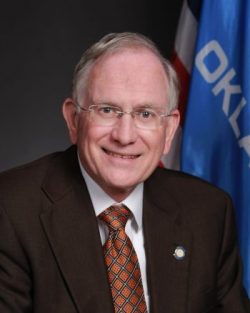 “Nothing in either of these bills is good for the public,” Two Open Records bills draw criticism for increasing the price of accessibility

Introduced Version of the Bill

Introduced Version of the Bill

Want to get notifications of new statutes, cases, opinions, and more? Sign up to our newsletter to get alerts right in your inbox.